One thing I am proud of is starting the first practice of acupuncture in Marin county way
back in 1973, and helping to legitimize it in the medical community.

In late 1971, I saw a remarkable AMA produced videotape featuring a Chinese man having a
part of his lung surgically removed with only four acupuncture needles for anesthesia. The
patient was fully conscious, sipping tea and talking with the nurses while the surgeon cut
through his ribs and lifted the diseased part of his lung out of his chest. Soon afterwards I
volunteered at the first major acupuncture research project in this country and saw for
myself that acupuncture was able to help many people that I wasn’t previously able to
assist. 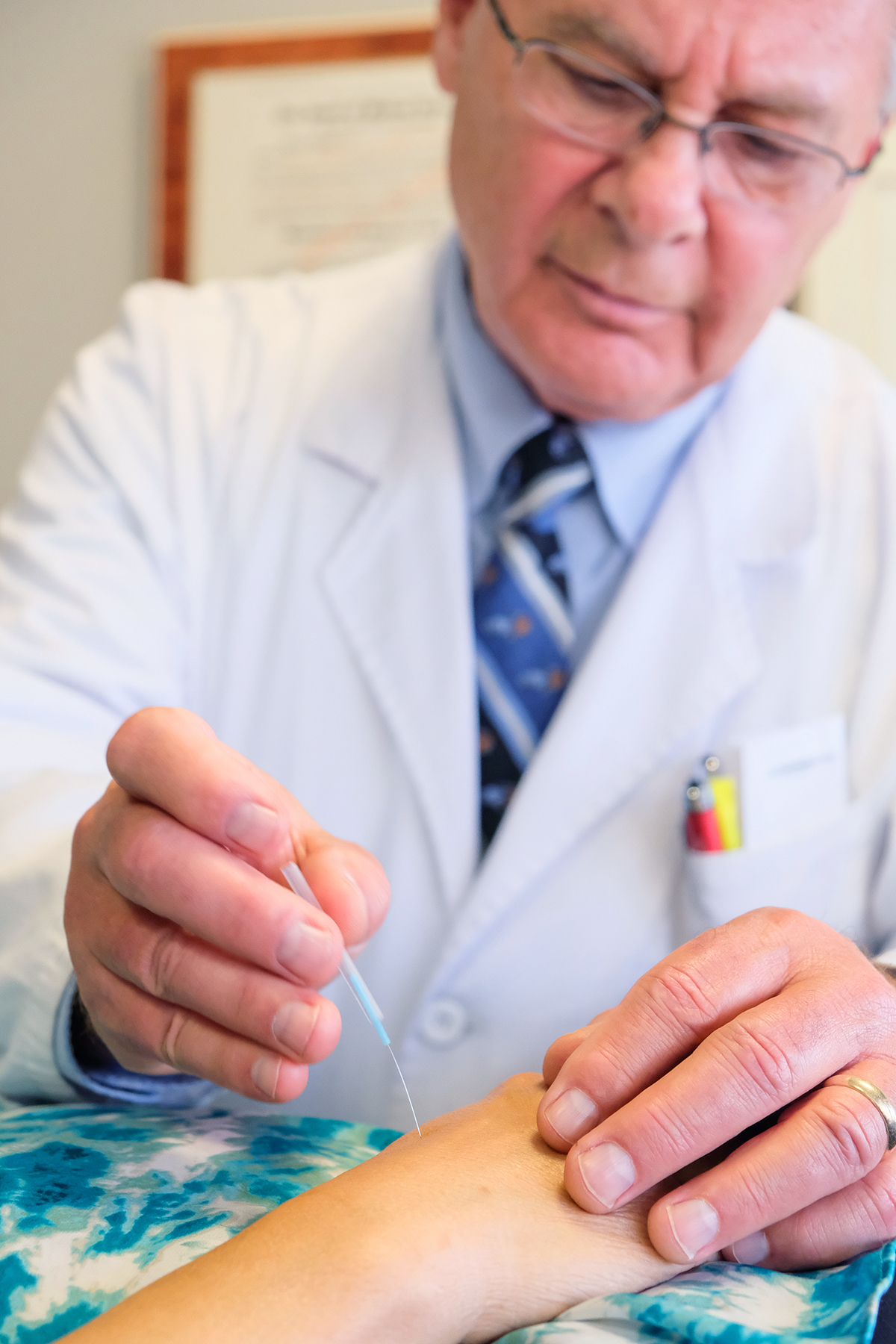 After studying with numerous teachers, and seeing many remarkable responses, I opened a
small practice limited to patients that nobody else could help. These suffering people came
from UCSF, Stanford, the Mayo Clinic and from many doctors in Marin who hadn’t been able
to adequately help.

I told them I’d treat them 3 times, and if they improved, we would go on to see how well
they could get. It’s now been 47 years of continuous practice, and I have used acupuncture
with over 10,000 patients, done over 100,000 treatments, and used well over a million
disposable acupuncture needles. 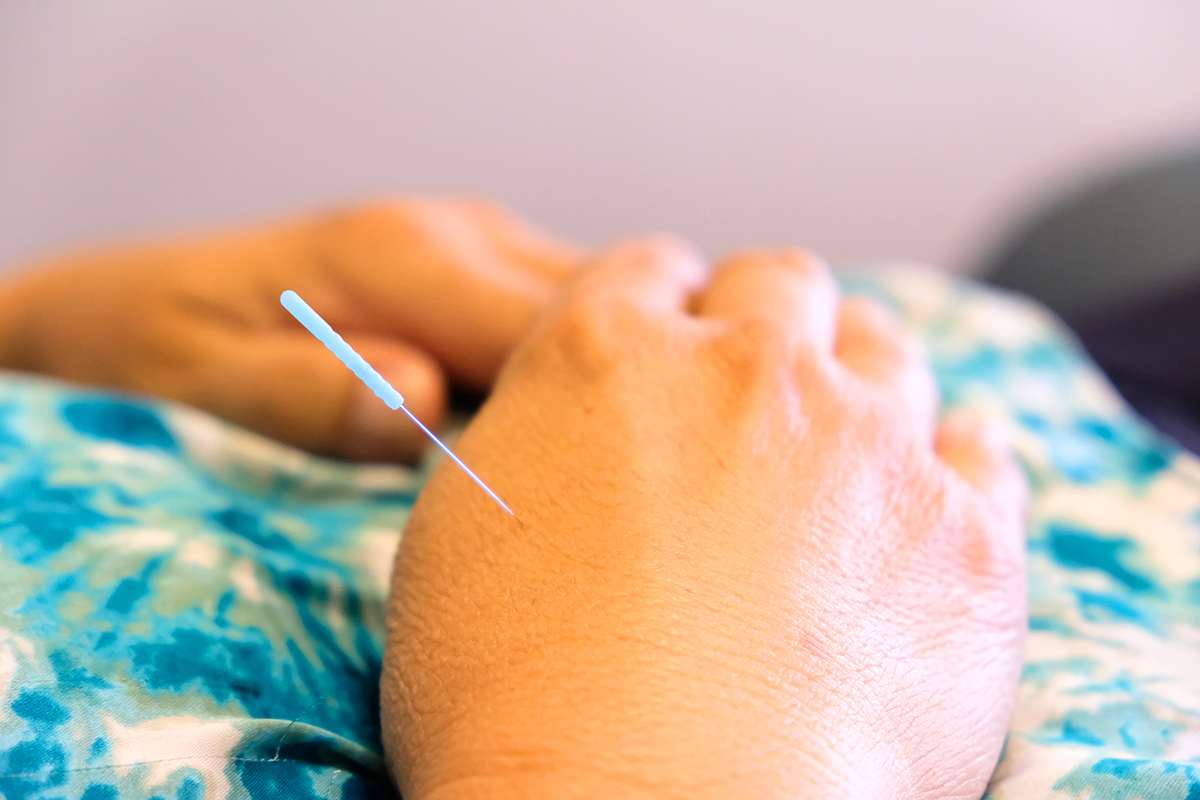 Over 150 licensed (non-MD) acupuncturists have started practices here in Marin over the
years. Because of the sophistication of the Marin population, only a few can establish a long-
lasting practice here and my estimate is that there are about 25 currently practicing,
including 1 other full-time MD/acupuncturist. 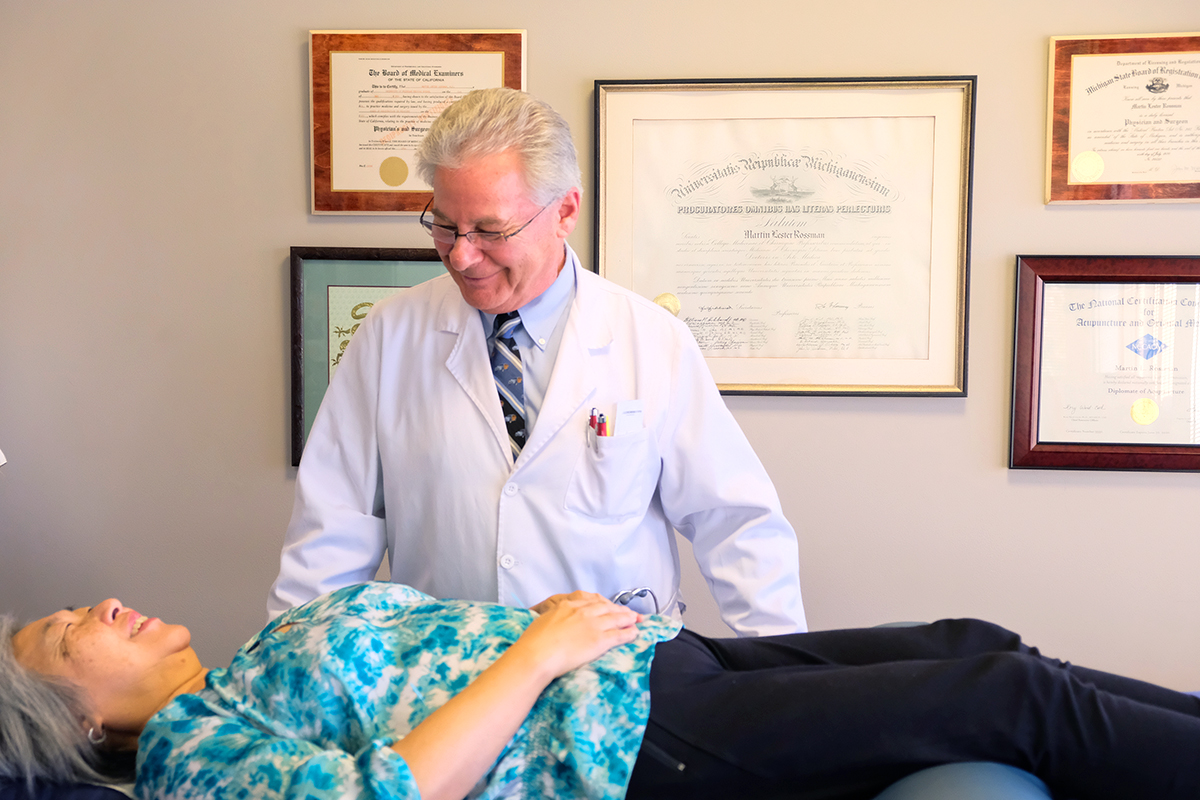 There are 2 major advantages of seeing an MD also steeped and experienced in
acupuncture:
1)First, an MD, trained and experienced in western AND eastern medicine, can best
recognize when illness will be treated best by one system or the other, or frequently,
by an integrated use of both. I always first make sure that my patients are receiving
excellent medical care – if they aren’t, we work with their medical team to make
sure they are.

2)Second, because I am an MD I can give you insurance Superbills for MD visits, which
are generally reimbursed much better than bills for acupuncture from a Licensed
Acupuncturist.

“I always feel I can trust Dr. Rossman because he offers his work with great skill and wisdom while being in tune with my needs, either stated, or subtly determined by his knowledge or intuition. He never judges me, but offers clear guidance and helpful remedies. His staff is welcoming, helpful and respectful.”  – M.G., Kentfield, CA